Together We Will Fight For Abortion Justice: Join Us!

On Friday, June 24, the U.S. Supreme Court issued a shameful ruling overturning Roe v. Wade — the landmark decision recognizing the constitutional right to abortion nearly 50 years ago. This decision is an unprecedented attack on reproductive freedom. It will allow states, including Utah, to ban abortion and force countless people to carry their pregnancy to term against their will.

In 2020, the Utah legislature passed a trigger ban law, SB 174, that criminalizes abortion, with only three narrow exceptions. This law went into effect on June 24, 2022, following the U.S. Supreme Court's decision in Dobbs v. Jackson Women's Health Organization. On June 25, 2022, the ACLU of Utah, Planned Parenthood Federation of America, and Zimmerman Booher filed a lawsuit in state court challenging this law.

The situation is dire, but the struggle for reproductive justice has been going on since long before Roe, and it's far from over. We need you now as we fight back against the current and future anti-abortion policies.sign up to get involved In the movement for abortion access for all.
(Please note: This link will take you to a third-party website, everyaction.com)

A Utah state court on Monday, July 11, 2022, granted our request for a preliminary injunction (PI) blocking an abortion ban that, if permitted to take effect, would bar nearly all abortions in the state. The court first blocked the law through a temporary restraining order (TRO) on June 27, after the ban temporarily took effect following the U.S. Supreme Court's June 24 decision overruling Roe v. Wade. The PI will allow abortion services to remain available while the litigation over the ban in Utah state court proceeds.

With over 700 health centers, AbortionFinder.org features the most comprehensive directory of trusted (and verified) abortion service providers in the United States.
Visit Here to Find an Abortion Provider

Support the Movement for Abortion Access by Donating Today!

This moment is a hideous one. But please know that we aren't slowing down. We have a long battle ahead, but the ACLU of Utah believes that a few voices become a movement; when we band together to push back with all we have, we will slowly steer this country toward true reproductive freedom.

By donating to the ACLU of Utah, you will enable this work. With your support, we will be able to continue our fight against these unjust restrictions on abortion access and continue the fight to protect the civil rights and civil liberties of all people in Utah. Our donors power everything we do, volunteers, members, and other supporters—please know how grateful we are to be surrounded by such tremendous support.
I Believe Abortion is Healthcare; I want to Donate!

The ACLU of Utah filed a lawsuit on behalf of Planned Parenthood Association of Utah against the State of Utah and its Trigger law. 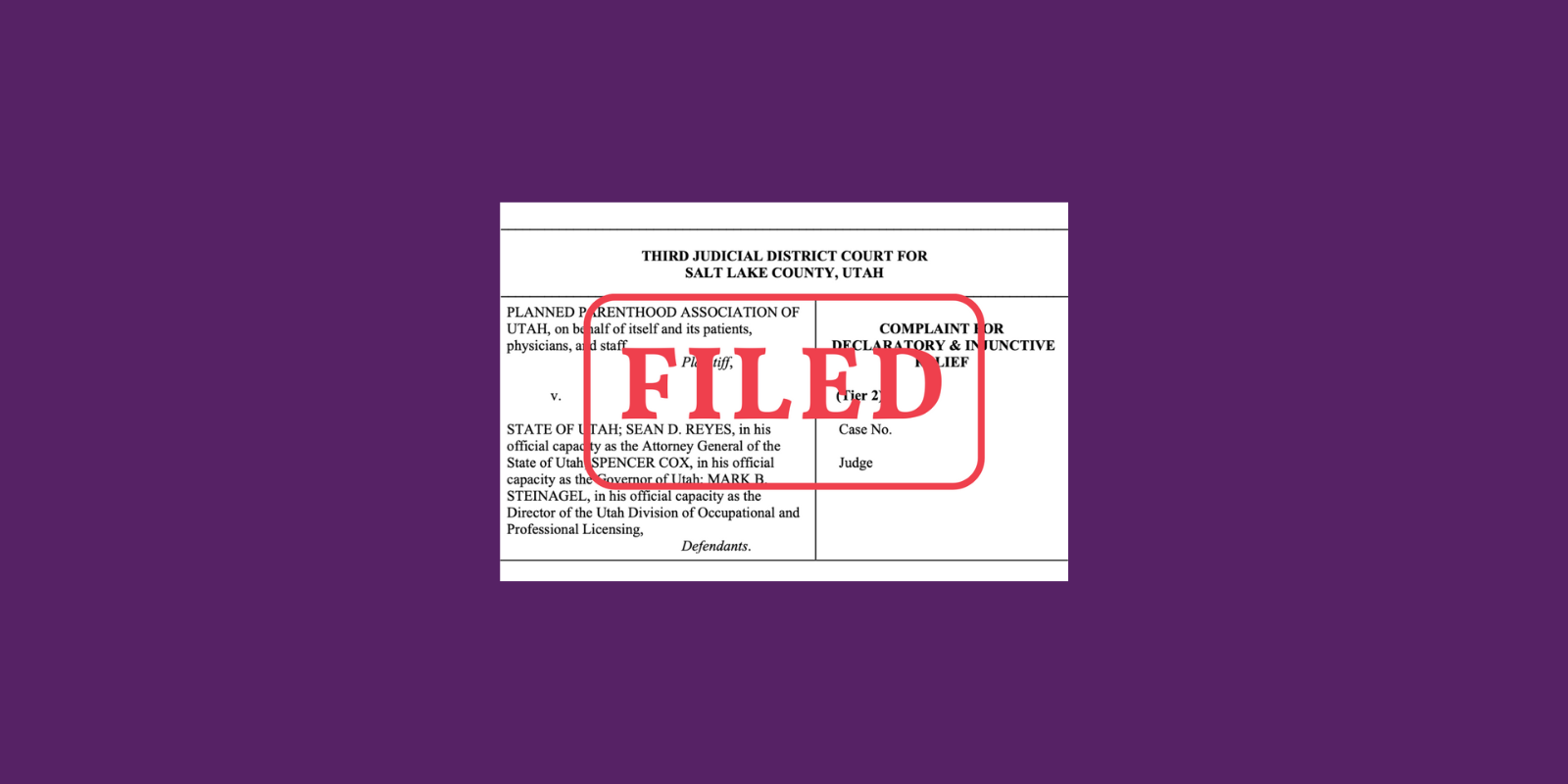 This case challenges S.B. 174, a law that bans and criminalizes almost all abortions in Utah with only 3 very narrow exceptions. S.B. 174, originally passed in 2020, went into effect on June 24, 2022, after the U.S. Supreme Court reversed Roe v. Wade. Alongside Planned Parenthood Federation of America (PPFA) and Zimmerman Booher, the ACLU of Utah has filed a lawsuit on behalf of Planned Parenthood Association of Utah in state district court arguing that this law violates several rights guaranteed by the Utah Constitution.

Learn More About the Lawsuit

Press Release: ACLU Represents Planned Parenthood in a Lawsuit in Utah to Block the Trigger Ban

The ACLU of Utah filed a lawsuit on behalf of Planned Parenthood Association of Utah against the State of Utah and its Trigger law. Read our press release! 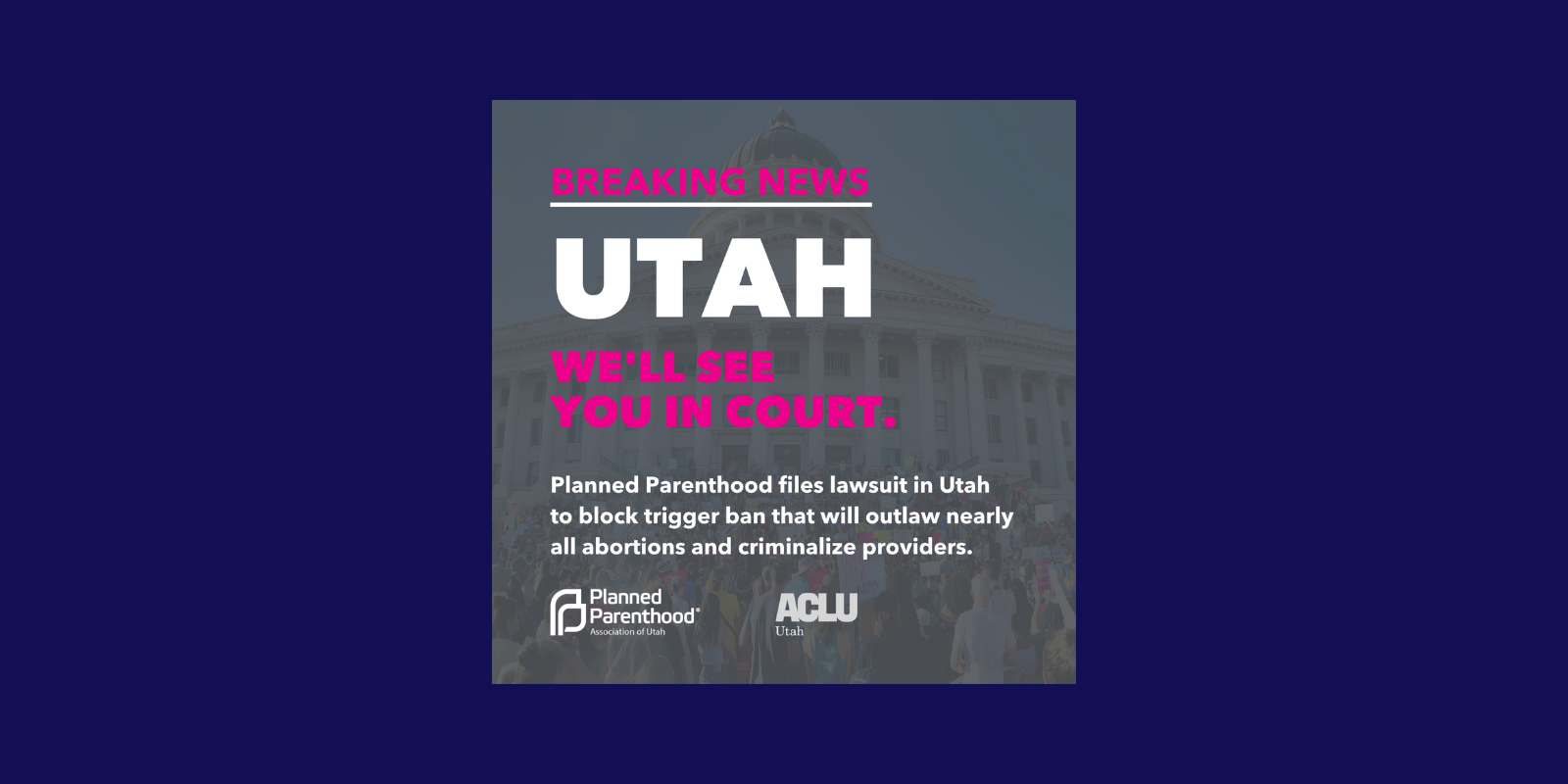 Following the U.S. Supreme Court ruling in Dobbs v. Jackson Women’s Health Organization that overturned Roe v. Wade, Planned Parenthood Association of Utah filed a lawsuit in Utah state court today and will soon request a temporary restraining order against the state’s ban on abortion at any point in pregnancy. The law, passed as Senate Bill 174 by the Utah state legislature in 2020, took effect late yesterday.

The ACLU of Utah released this statement in response to the Supreme Court of the United States of America issuing a devastating decision overturning Roe v. Wade. Read it here! 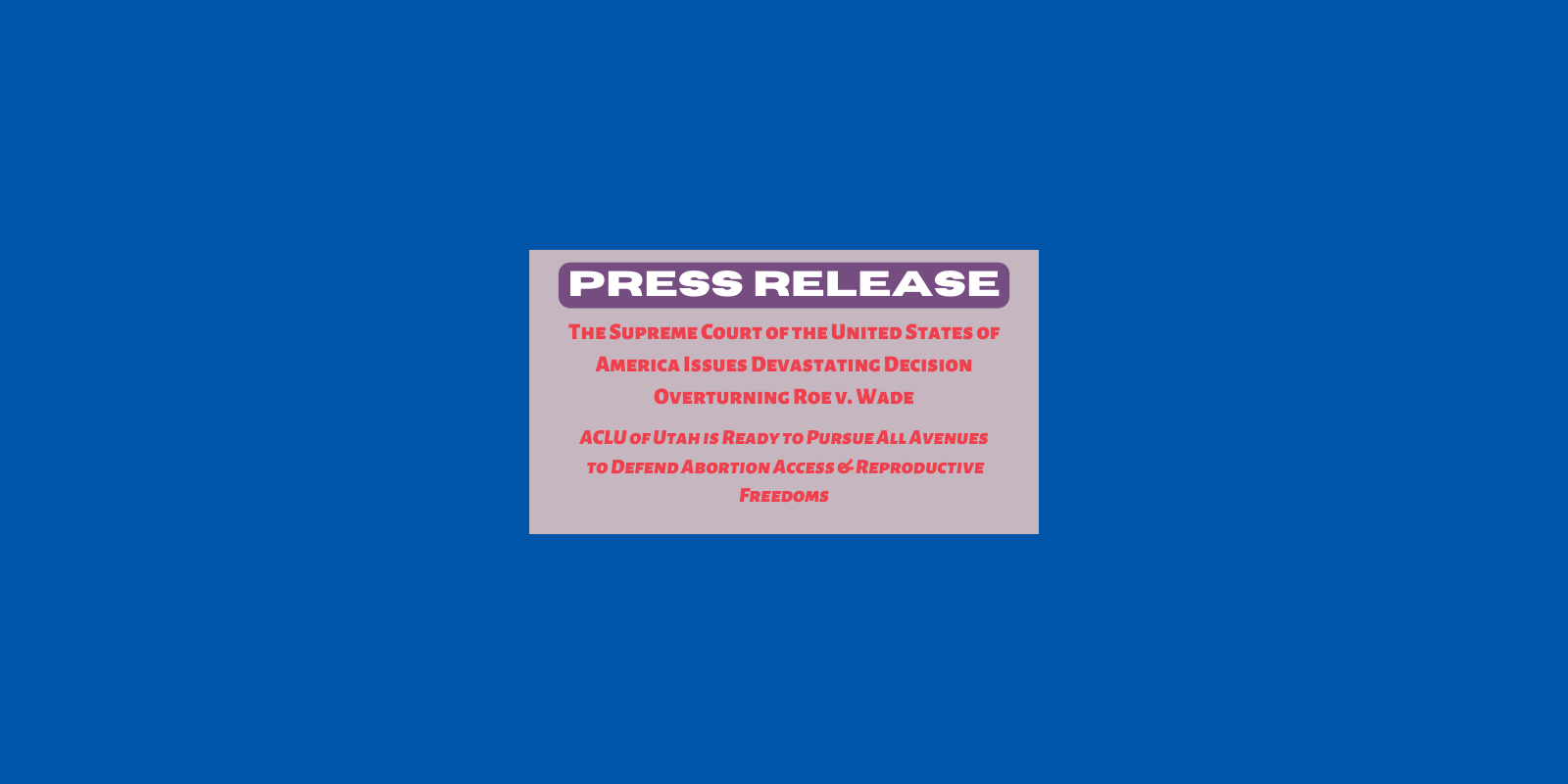 The Supreme Court issued a shameful ruling today in Dobbs v. Jackson Women's Health Organization which ultimately resulted in the overturning of Roe v. Wade — the landmark decision recognizing the constitutional right to abortion nearly 50 years ago.  In 2020, the Utah legislature passed a “trigger law”, S.B. 174,  that will ban and criminalize almost all abortions inside the state with extremely limited exceptions. At this time, we are awaiting news if this law will go into effect. 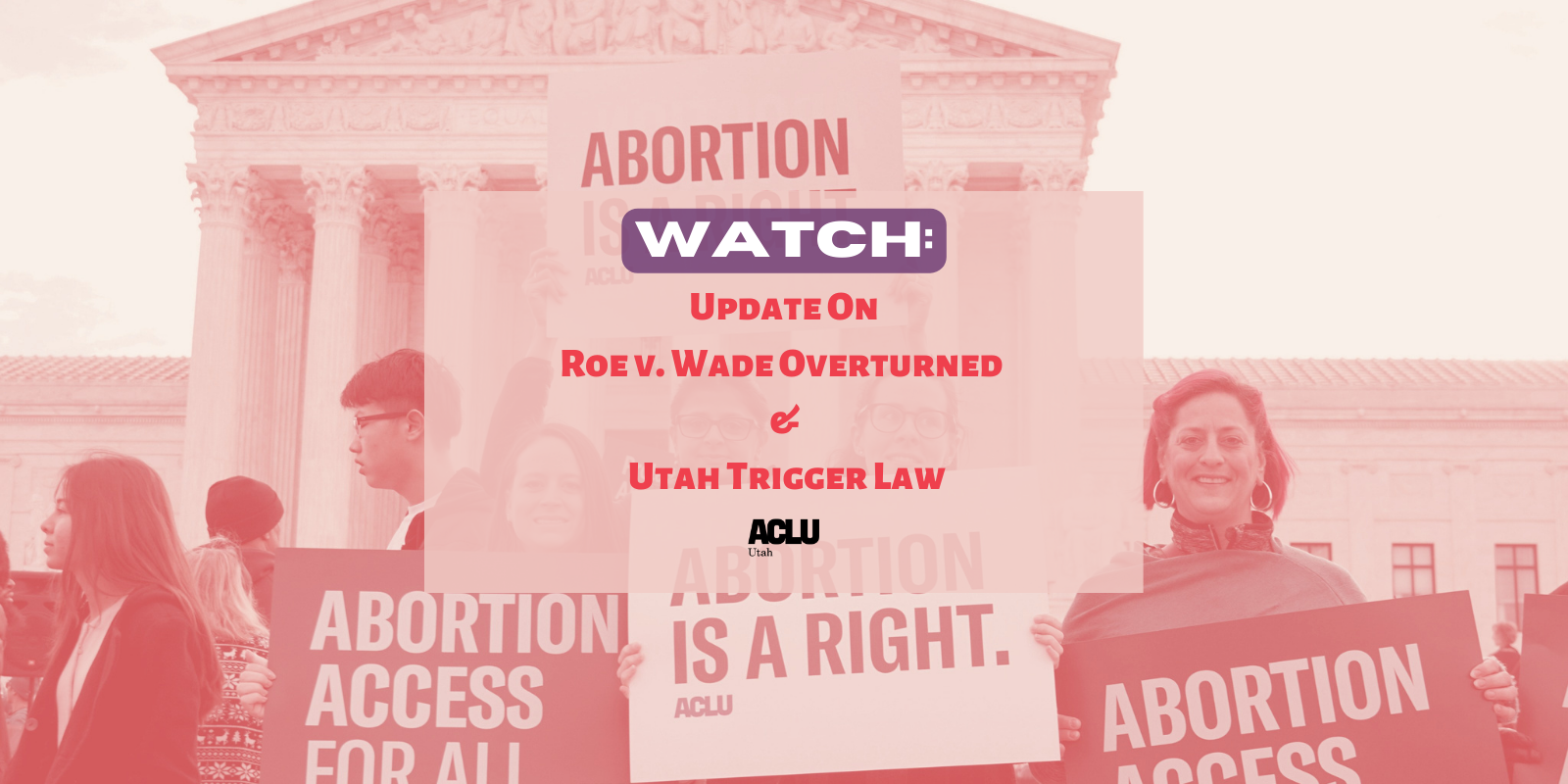 Press Release: The Supreme Court of the United States of America...

Press Release: ACLU Represents Planned Parenthood in a Lawsuit in...

Six Ways You Can Join the Fight for Abortion Rights

The Roe Draft Signals a Potential New Front in the Already-Raging...